According to the World Health Organisation in 2018,

‘Medical device’ means any instrument, apparatus, implement, machine, appliance, implant, reagent for in vitro use, software, material or other similar or related article, intended by the manufacturer to be used, alone or in combination, for human beings, for one or more of the specific medical purpose(s) of:

and does not achieve its primary intended action by pharmacological, immunological or metabolic means, in or on the human body, but which may be assisted in its intended function by such means.

Note: Products which may be considered to be medical devices in some jurisdictions but not in others include:

The Medical Device Directive (Council Directive 93/42/EEC of 14 June 1993 concerning medical devices, OJ No L 169/1 of 1993-07-12) is intended to harmonise the laws relating to medical devices within the European Union. The MD Directive is a ‘New Approach’ Directive and consequently in order for a manufacturer to legally place a medical device on the European market the requirements of the MD Directive have to be met. Manufacturers’ products meeting ‘harmonised standards’ have a presumption of conformity to the Directive. Products conforming with the MD Directive must have a CE mark applied. The Directive was most recently reviewed and amended by the 2007/47/EC and a number of changes were made. Compliance with the revised directive became mandatory on March 21, 2010.

In Ireland, the HPRA is the Competent Authority responsible for ensuring that the Medical Devices Directive is observed for all medical devices placed on the market in Ireland.

Each country in the European Union will have its own Competent Authority.

The Unites States has its own regulations governing the design and manufacture of medical devices.  The FDA is the authority responsible for ensuring the regulations are observed.

In Australia, the Therapeutic Goods Administration (TGA) is responsible for the implementation of the Australian regulations for Medical Devices, placed on the market in Australia.

Goodbye to the Medical Devices Directive

The MDR and IVDR represent a significant development and strengthening of the existing regulatory system for medical devices in Europe and will replace the original Directives which have been in place for over 25 years.

Both of the new Regulations retain the existing principles and fundamental components of the current regulatory system but each element is strengthened and better defined.

The legislation now being in the form of a Regulation, rather than a Directive, means that the EU law is directly applicable at national level without requiring transposition through specific national legislation. This should allow for greater legal certainty and prevent variation in the approach taken or in the rules relating to medical devices that are applied across EU Member States.  By May 2020, there will be full application of the MDR.

When the labeling or instructions for use of a device make a claim regarding clinical or health diagnosis or therapy (where the therapy is not pharmaceutical), then the device is likely to be a medical device.

Being placed on the market, means that the ownership of the device is transferred from one legal entity to another – it does not mean that money has to change hands.  This includes for devices purchased on the internet.  A device could be placed on the market in South America for example, and purchased directly from South America for use in Ireland – it will still be covered by the Medical Devices Directive.  The HPRA is vigilant about products purchased on the internet, which once they enter the Irish jurisdiction will be subject to the Medical Devices Directive.

Software and Apps are sometimes classified as Medical Devices.  They are unlikely to be “medical devices” if they simply record or transmit data.  However, if they generate the data or interpret the data (through, for example calculations), or provide clinical decision support, then they may be classed as medical devices.

Devices are classified on the risk associated with the intended and stated use:

For a product to be classified as a medical device it must have an intended medical purpose and act primarily by physical means. Medical devices can be considered as Class I (lowest risk), IIa, IIb or III (highest risk).
Factors such as the invasiveness, the part of the body affected, and the duration of use all affect classification. Similarly, in-vitro diagnostic devices can be divided into as general category (low risk), List B and List A (high risk). Regulatory requirements (such as registration and route to CE marking) are heavily reliant on the classification of a device.  (ref: HPRA)

This site uses Akismet to reduce spam. Learn how your comment data is processed. 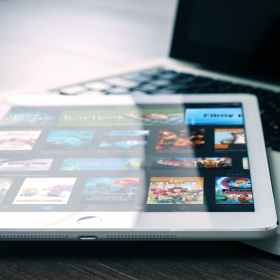